15 facts you didn't know about sleep 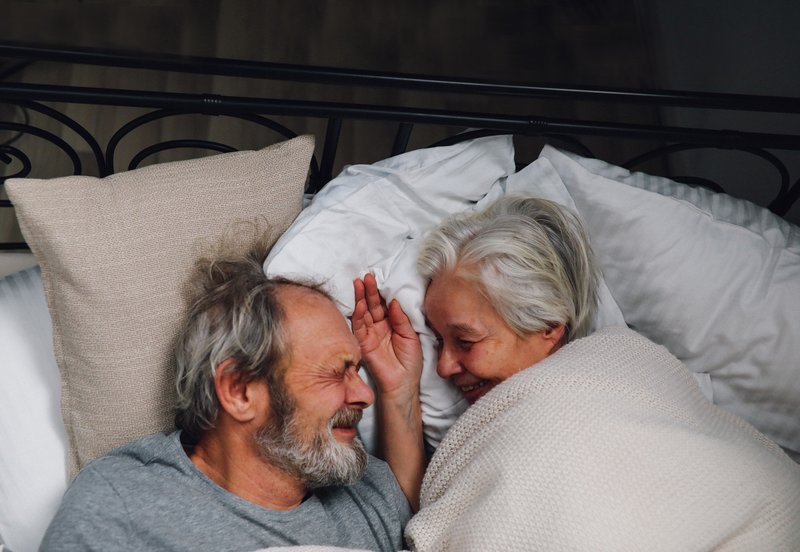 Sleep is a vital part of our daily routine, yet there are still many things about it that remain a mystery. Here are 15 interesting and surprising facts about sleep that you may not have known.

Your brain is still active during sleep.

You can die from lack of sleep.

It may sound extreme, but it is possible to die from a lack of sleep. This condition is known as fatal familial insomnia, and it is a rare genetic disorder that causes the inability to fall asleep and progressive deterioration of the brain.

You can sleepwalk and sleep eat.

Sleepwalking, also known as somnambulism, is a sleep disorder that causes people to walk or do other activities while they are asleep. Sleep eating, on the other hand, is when a person eats while they are in a state of sleep and have no memory of it afterwards. Both of these behaviors can be caused by a variety of factors, including stress, alcohol consumption, and certain medications.

Not all dreams are in colour

While some people dream in vivid, colourful detail, others experience dreams that are entirely in black and white. There is no clear reason why this occurs, but it is thought that it may be related to the age at which a person first started watching colour television.

Your body temperature drops during sleep

During sleep, your body's core temperature naturally drops, which is why you may feel cold when you first get into bed. This drop in temperature is thought to be part of the sleep process, as it helps to relax your muscles and promote deep, restful sleep.

Maintaining a consistent bedtime routine and sleeping in a cool, dark room can help to facilitate this natural drop in body temperature and promote a good night's sleep.

You can't catch up on lost sleep

It's a common belief that you can "catch up" on lost sleep by sleeping in on the weekends or taking naps during the day. However, research has shown that this is not the case. While it is true that getting more sleep can help to improve your mood and cognitive function, it is not a replacement for consistent, quality sleep on a regular basis.

Sleep patterns change as you age 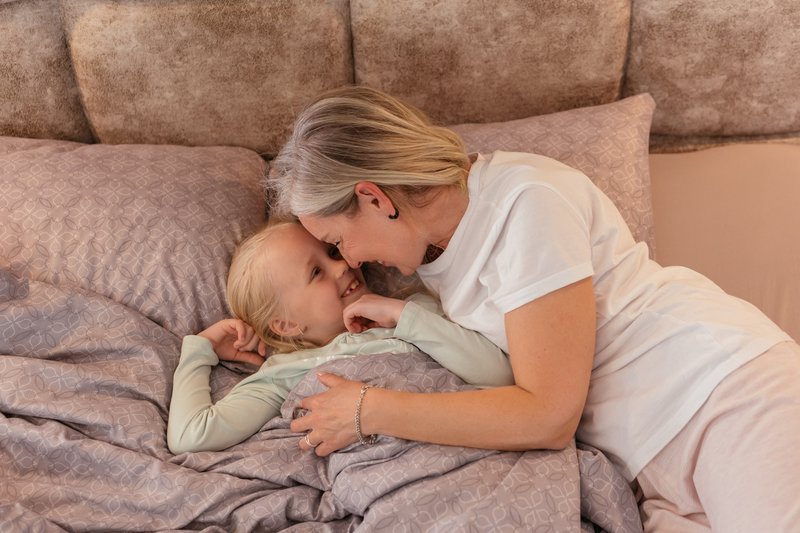 With age, our sleep patterns naturally change. Children and teenagers require more sleep than adults, with the recommended amount being 9-10 hours for teenagers and 8-9 hours for adults. As we grow older, our sleep needs decrease, with people over the age of 55 needing an average of 7-8 hours of sleep per night.

These changes in sleep patterns can be attributed to a variety of factors, including changes in hormone levels and sleep architecture. It is important to pay attention to your body's changing sleep needs and make adjustments to your sleep routine accordingly.

Sleep deprivation can cause hallucinations

You can't "power through" sleep deprivation

If you're feeling tired, it's not as simple as just "powering through" and pushing yourself to stay awake. Sleep deprivation can have serious consequences on your health, including an increased risk of heart disease, diabetes, and even early death.

In addition to these long-term health effects, sleep deprivation can also have immediate effects on your cognitive and emotional functioning. It can impair your ability to concentrate, remember new information, and make decisions, and it can also lead to irritability, mood swings, and a decrease in overall quality of life.

Not all animals need sleep 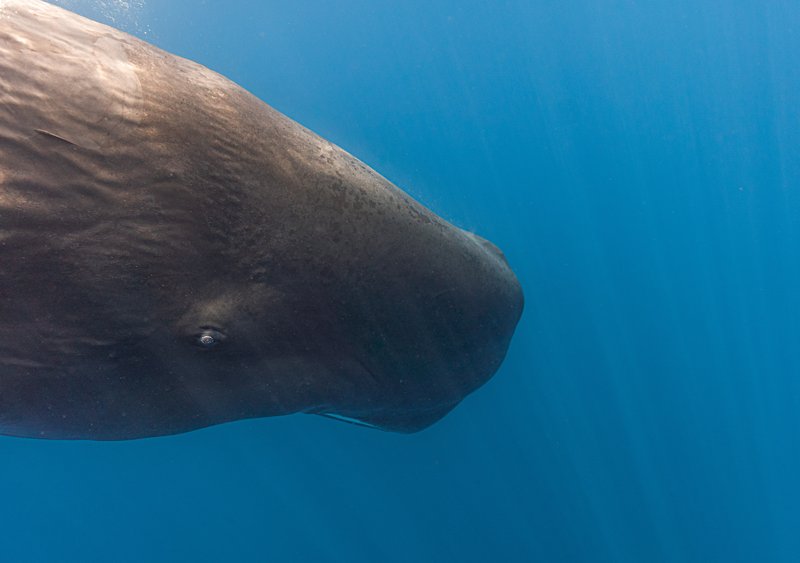 While it is common for most animals to sleep, there are some exceptions. For example, some species of dolphins and whales have the ability to "sleep" while still remaining partially alert, allowing them to surface for air and avoid potential predators. Similarly, certain species of birds, such as swifts and house martins, are able to sleep while in flight by entering a state of torpor, where their body functions slow down and they become less responsive.

You can train yourself to need less sleep

While the recommended amount of sleep varies based on age, it is generally accepted that the average adult needs around 8 hours of sleep per night. However, some people are able to function on as little as 4-6 hours of sleep without experiencing any negative effects. This is known as "short sleep syndrome," and it is thought to be a genetic trait that cannot be learned or trained.

Lack of sleep can lead to weight gain

There is a strong link between sleep and weight gain, with research showing that people who get insufficient sleep are more likely to be overweight or obese. This may be because sleep deprivation can lead to an increase in appetite, particularly for high-calorie, sugary foods.

It is important to prioritize getting enough sleep in order to maintain a healthy weight.

Sleep apnea is a sleep disorder that causes temporary pauses in breathing during sleep. These pauses, known as "apneas," can last anywhere from a few seconds to a few minutes, and they can occur multiple times throughout the night. Sleep apnea can be caused by a variety of factors, including obesity, ageing, and genetics.

There are different stages of sleep 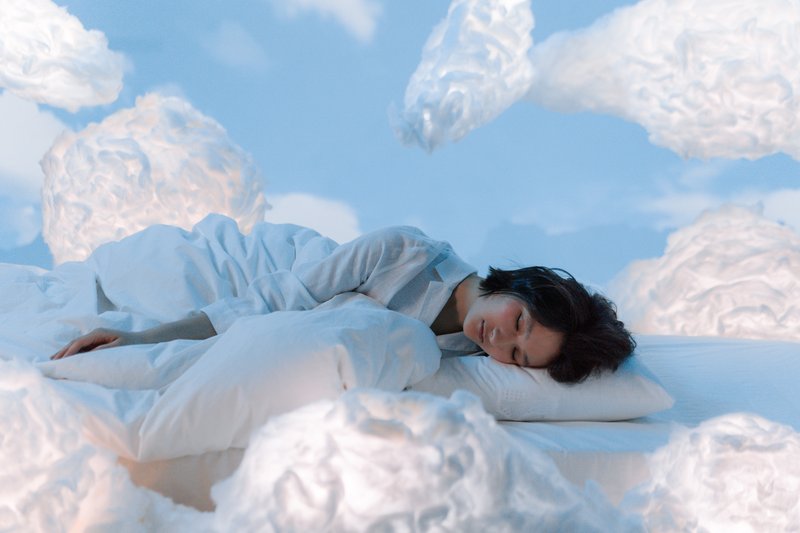 The body cycles through these two stages of sleep multiple times throughout the night, with each cycle lasting around 90 minutes. The amount of time spent in each stage of sleep varies, with NREM sleep making up the majority of the sleep cycle and REM sleep occurring later in the night.

The world record for the longest sleep is 18 days

The world record for the longest sleep belongs to a man named Randy Gardner, who was able to sleep for an uninterrupted period of 18 days and 17 hours in 1964. Gardner was a teenager at the time and was participating in a science fair project to see the effects of sleep deprivation. While he experienced some minor side effects, such as irritability and memory lapses, he made a full recovery after his extended sleep.